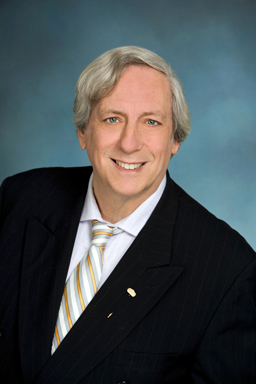 Sparkling white and coloured diamonds in the brilliance of their crystals  are the charm of eternity.

With these words we want to describe the beauty of diamonds. We report here an interview we had with the GIA, The Gemological Institute of America, the world’s foremost authority on diamonds, colored stones, and pearls. GIA is the leading source of knowledge, standards, and education in gems and jewelry.

We thank Nellie Barnett, manager at GIA, who  has  sent us beautiful  diamonds photos by photographer Robert Weldon/GIA and  Russell Shor, GIA’s senior industry analyst, who has answered to our questions.   Russell Shor works in the diamond industry, he has traveled to mining areas in Africa, Canada, Australia, Russia,  he is also part of the team that publishes Gems and Gemology and he has worked as editor of  “New York diamonds”.

Colourless (white) diamonds are measured on a scale from D (most colorless) to Z (tinted colour). This scale is a scientific measurement of colour (controlled lighting conditions and environment, etc) developed by the GIA over sixty years ago. Diamonds at the top of the scale are more valuable than those near the bottom.

However, diamonds having more colour than “Z” are considered  “Fancy Coloured” and  their value begins to increase.  The value factors of “Fancy coloured” diamonds are much more complex: the intensity of colour, the colour itself (yellow, brown, blue, pink etc.) and the attractiveness of the colour.   The GIA has six colour grades: Fancy light, Fancy, Fancy Intense, Fancy Vivid, Fancy Deep and Fancy Dark.  The rarest – and therefore most valuable -  colours are pink, blue, red and violet (the last two are extremely rare).  The most valuable gemstone ever sold was the 59.6 carat “Pink Dream diamond (graded by GIA as Fancy Vivid pink)  which sold for $US 71 Million.  By comparison, a D colour diamond of approximately that size sold at auction for about $US 8 million.

The highest quality fancy color diamonds (intense and vivid pink, blue, violet etc) are among the costliest objects in the world. The GIA has graded the majority of these diamonds.

If in its sparkling light a diamond send the colours of rainbow is that a true diamond?

I assume you mean scintillation so the answer is yes.

Today are  diamonds an exclusivity to rich people yet?

Which is the cost of a good diamond for a buyer?

GIA does not buy or sell gemstones. You can consult pricing websites like polishedprices.com  and diamonds.net

Are there miniature diamonds of very small size for example utilized to decorate clothing of famous Barbie doll collections?

From a diamond is it possible to know its origins from the mine where it has been found?

Which are the places where it’s easy to find pink diamonds?

The most common local for pink diamonds is the Argyle mine in Australia. However, they are not “easy” to find: they are literally 1 in 1 million.

While red, green or blue diamonds where are most found?

The Cullinan mine in South Africa has been the source for many blue diamonds. Red diamonds are too rare to identify a particular source. Argyle has produced a few, including the 2.11 carat “everglow” diamond.

Which is the most ancient diamond discovered?

The oldest diamonds ever discovered formed more than 4 billion years ago.

We read in internet a news which said there was ancient diamonds it was not possible to cut because could it explode, is it true?

Diamonds have been known to combust due to intense high heat when they are going through the cutting process on wheels.

Is it true there are diamonds in the Ocean?

Alluvial mining is a term used to describe diamonds that are found in sand, the deposits where they are found are usually water environments such as oceans, rivers or shorelines.

The Polar Star, once owned by a member of Napoleon Bonaparte’s family, was sold at auction in 1980, the buyer was anonymous. The others are lost to history.

Concerning the most ancient diamonds discovered, Pink Dream, Blue moon,  red Mouassieff  are still on display  at some museum or private collection where the audience can see them?

A few are in museums,  most are in private hands.  Museums around the world house some of the world’s most historic diamonds: the crown jewels museum in London displays the historic Cullinan diamond and the Koh-I-Noor  diamond, while the Moscow Diamond Museum has the famed Orloff diamond and the Dresden green diamond is in the Dresden Castle museum, Germany. Some of the world’s most famous gems are on display at different museums.

Is the famous yellow Tiffany diamond from the movie  “Breakfast at Tiffany’s”,  available for viewing at Tiffany Maison & C. in New York?

You can visit http://press.tiffany.com/news for information on this

Sometimes diamonds have fantastic names like “Heart of eternity”,  “Pink dream”,  “Golden dawn diamond”...who generally give the names to diamonds?

Usually, the owners name them. The tradition apparently goes back to ancient India where the princes/Maharajas gave names to the large diamonds they owned. The Koh-I-Noor diamond, for example, was apparently so-named in the 14th century by the ruler of the Golconda. The 105.6 ct. diamond is now part of the British Crown Jewels. European royalty also adopted the custom of naming the latest diamonds in their collection: The Sancy, The Regent, The Wittelsbach Blue, Orloff, Hortensia are some of the names of diamonds owned by European royalty in the 18th and 19th centuries.  More  recently, buyers of major diamonds (Star of Josephine), the mining company (De Beers, Heart of Eternity); or the owner of the company which cut the diamond (Pink Dream) have named the diamonds. The Pink Dreams was been renamed  several times. It originally was called the Steinmetz Pink, after the first owner.

Is there  a Gemological Institute of America, GIA in Italy too?

GIA is not currently in Italy. For a full list of GIA locations, visit  https://www.gia.edu/locations

Natural fancy colors refer to fancy colors created in Nature. That means no treatments to enhance the color were done to the stone. Fancy colored diamond, without the term “natural” means they may have been treated by heat, pressure and/or  radiation to achieve their color.

Do you know if there will be some showcases and expositions dedicated to the diamonds in Italy too?

Many museums have jewelry exhibits that contain diamonds. But few have very large or historic diamonds. There are, however, occasional traveling exhibits of rare diamonds, usually in major cities, and people can check the museum schedules for them

Diamonds have also been portrayed in many Hollywood movies and in narrative books?

Diamonds have retained a mystique for many centuries, inspiring many stories and legends. Naturally many of these have been set in books and movies. Movies featuring diamonds include “Breakfast at Tiffany’s”, “Flawless”, “Gentlemen prefer blondes” (“Diamonds are a girl’s best friend”), “Diamonds of Kilimanjaro”. 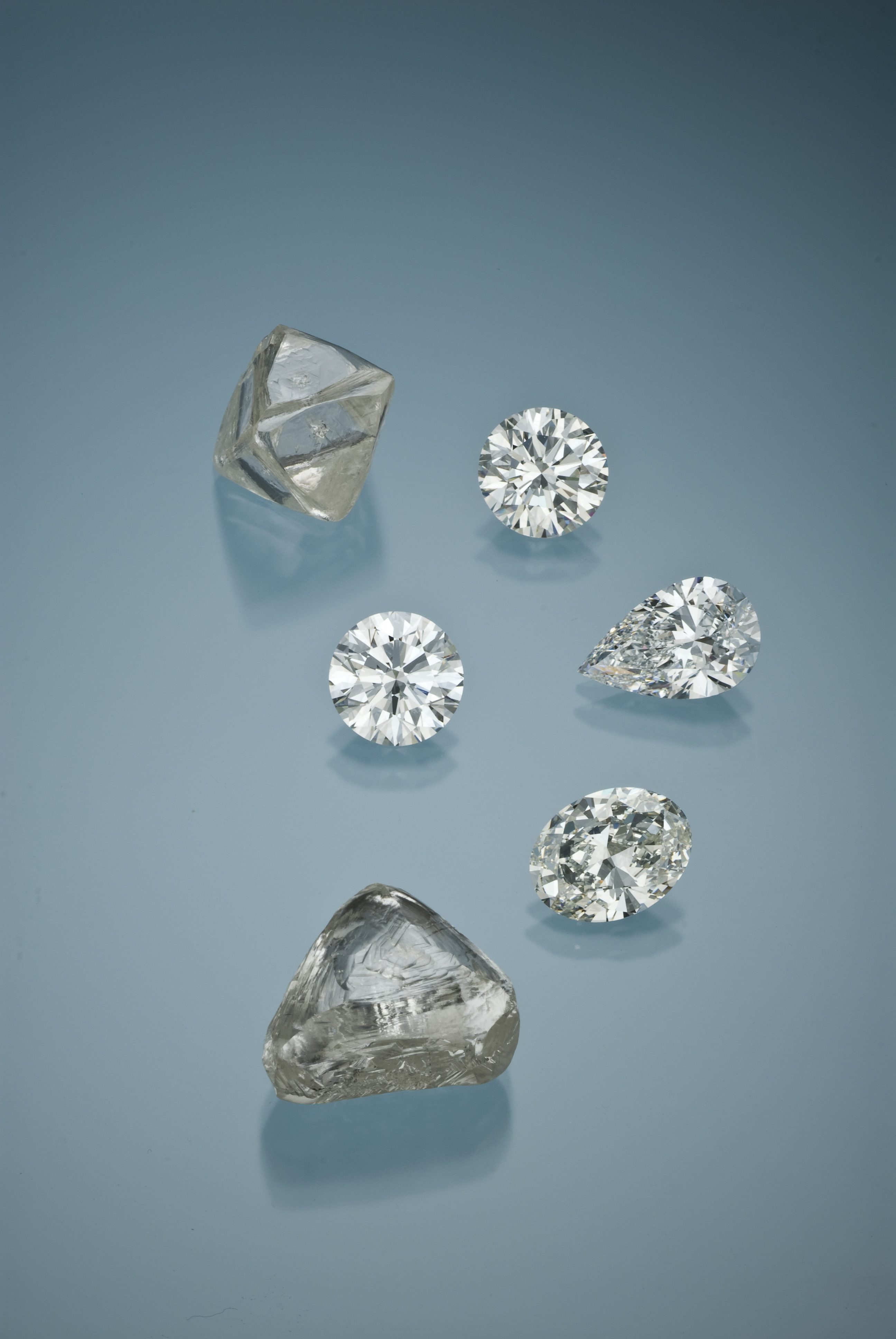 Per maggiori informazioni guardare in   http://4cs.gia.edu/en-us/blog/colored-diamonds-mysterious-chameleon-diamonds